Habits 101: Understanding Habits & How They Work Habits, we all have them, good or bad. We are all familiar with the term, but we rarely stop to think about what it all means. What are habits? What causes them? And even more importantly, why this is relevant to our day-to-day lives?

We all are prone to the forming of, usually subconscious, repetitive behaviors known as habits. What are they? How do we form them, and can we break free of them when they no longer serve us?

What constitutes a habit? A habit is a routine of human behavior that is regularly repeated, often subconsciously.

According to the American Journal of Psychology (1903), it is a fixed way of thinking or feeling,  acquired through the repetition of a particular experience.

But whichever definition you prefer, there is no doubt that habits are commonplace in the human experience.

A behavior qualifies as a habit if it is performed “automatically.” As if on autopilot. Because they are so commonplace and have always been a part of what makes us tick,  they have been the subject of many studies.

Amazingly, some studies on habits estimate that they make up over 40% of our everyday behavior.

This is why we must understand our own habits, and how we make and break them, to gain better control over our daily behavior.

How do Habits “Work”?

Habits are formed in a particular order, and once established, become automatic.

A habit loop is a term given to explain how habits “work”. It has three components: a cue, a routine, and a reward.

To put it simply: A cue triggers a response (the routine) that leads to the reward for that behavior. This is usually at a subconscious level, and you may not even realize what is happening.

In the case of addictions, the habit loop that leads to the addiction starts with a cue, is followed by a craving which leads to the response, and ultimately the reward. Any behavior can be habit-forming, and therefore addictive.

One of the reasons that habits are so difficult to spot and treat is that they tend to occur automatically. This is what makes habits difficult to break.

Unlike other behaviors that you may engage in, you are automatically and subconsciously performing these actions.

So, this is how a habit is formed. You experience the cue or trigger. It provokes a response, your habit routine. And you feel rewarded in some way for that behavior.

Of course, the reward reinforces the habit, so that the next time you experience that cue, be it an emotional state or thought or the behavior of other people, you will respond with the same routine behavior.

And so the habit is formed and will continue ad infinitum until you break the cycle.

But what are these cues or triggers? It’s different for everyone. But usually, they fall into one of the following five categories:

What sorts of behaviors and actions can be called habits? A habit is a behavior that is repeated so often it no longer involves any conscious thought beforehand. Anything can become a habit, and so there are good ones and not such good ones, and even downright harmful ones.

Brushing your teeth before bed, or doing the dishes before watching tv, are good habits. Drinking coffee to stay awake to do your homework, is not so good in the long run. And then there are the harmful habits, the abuse of substances which generally leads to addiction.

Other examples of beneficial or good habits are: walking the dog daily, exercising, meditation and yoga. And other potentially harmful habits include smoking, drinking in excess in response to an emotional state, and gambling to the point where it becomes an addiction.

What are the “rewards” for performing these habitual actions? The routine activities that you perform for the reward can be mental, emotional, or physical. And this reward is the satisfaction we get from acting.

Understand that the reward is what is considered rewarding by your brain, and it can take many different forms. A spike in dopamine after a workout is a good example. Many studies show that an intense workout creates a surge in dopamine, leading to the phenomenon known as a “runner’s high”.

But what is dopamine? It is a neurotransmitter that activates the pleasure centers in your brain.

Heroin and cocaine manipulate dopamine levels by slowing down the rate of dopamine reabsorption. Wondering about that daily habit, the morning cup of coffee? Caffeine increases dopamine levels in the same way.

But the anticipation of a significant event can also trigger a dopamine spike, giving you the motivation to push forward.

That morning run or cup of coffee can all raise serotonin levels in the body. Serotonin is sometimes referred to as the happiness molecule because high levels of it lead to a cheerful mood and the ability to counter stress. In fact, depression is often the result of chronically low serotonin levels.

But, caffeine ingestion has been linked to raised levels of dopamine release and increased serotonin uptake (good) but higher levels of prolactin as well (not good). High prolactin levels interfere with the normal production of other hormones, such as estrogen and progesterone.

But what do you do when a habit is not healthy or is no longer beneficial? Can you break a habit as easily as you make one? It may not be as easy, but it is definitely possible. Some habits appear to be harder to break, but the method involved is the same.

First, you need to determine the habitual behavior/ habit that you want to break. Understand your reasons for wanting to break the habit. Are you doing this for yourself, and not to please others? Do you believe that you can do it? Are you prepared for any consequences of breaking this habit?

What To Identify To Break A Habit

Next, you need to identify the following three things:

Once you are certain that you want to break the habit, are confident about your success, and have identified these components of your habit loop, you’re on your way.

Identifying your own habit loop is the key to understanding the reasons behind your behavior. A response to a habit that no longer serves you, can take two forms. Break it, or change it.

To break it necessitates either the removal of the cue or trigger, or finding a way to avoid a response to the cue. As this is not always feasible, it can be easier to change the habit.

This is done by substituting a healthier alternative for the unhealthy one. An example of this would be to join a gym and work out as a means to reduce stress, rather than the over-consumption of food or alcohol.

Habits are easily formed. And not so easily broken. It can also take time and a lot of patience and dedication to break a firmly established habit.

We must build our awareness of habits. This will help us to establish good habits. And to prevent unhealthy and harmful habits from being created in the first place.

Part of living a healthy lifestyle is the creation of healthy, constructive habits. Life coaches, teachers, and leaders in any field will tell you about the importance of establishing good habits.

There are numerous benefits to building good habits. They can replace former, destructive habits, help you to reach your goals, and aid you in getting your plans off the ground when you lack the motivation to do so.

Habits are a part of our everyday lives. No one can truly say that they don’t have at least one. Understand that habits can be a means of change, good or bad.

Identifying the unique cues that you respond to, will help you to make new beneficial ones. And break or change the harmful ones. Let’s work together to create good, healthy habits, starting today. 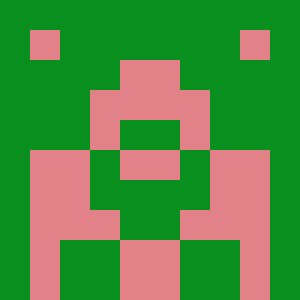